The Special Collection of Plovdiv Public Library holds rare, valuable and unique editions. They have been arranged in various categories and are exceptionally precious. The collection was started immediately after the Regional Library and Museum in Plovdiv was established in 1879.
The Ottoman Turkish documents belong to this Special Collection. There are about 800 of these documents dealing with various topics from economics, politics, town planning, etc. These are letters, receipts, certificates, edicts, accountancy books, letters patent, travel logs, contracts, decrees, reports, etc. The most significant category documents in Turkish is Lot N 30, also known as the Agushev Collection.
The Agoushevi library is one of the biggest private libraries on the Balkans in the late 19th and early 20th c. Its founder is considered to be Hadji Salih Sami Effendi, who died in 1921. Hadji Salih Sami Effendi was grandson of the great Rhodopi ruler Agoush aga. The library has survived in spite of its vicissitudinous fate and currently the major part of it is safeguarded in the Special Collections Department of “Ivan Vazov” Public Library – Plovdiv.
Until 1949 the library was in the big feudal castle of Agoush Aga in the village of Mogilitsa, Smolyan District.
Even today the scale and beauty of the castle’s architecture are greatly admired. Time has preserved the unique feudal complex as the only one of its type left in Southeastern Europe. It is located in the splendid Rhodopi natural scenery, overlooking the green meadows and woods beyond the Arda river.The konak is amazingly huge and that is why it is usually referred to in the plural – Agoushevi konatsi. The complex consists of several buildings with various functions, with numerous courtyards, rooms, parlours, passages, tunnels and hiding places. 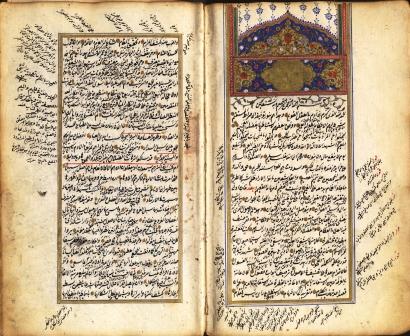 Agoushevi konatsi was built in the middle of 19th century by Bulgarian master-builders for Agoush Aga and his three sons. Hence the name of the complex. The first building was completed c. 1825. The konak complex was built in the course of 20 years, in two stages. An inscription in Arabic on a square slabstone over one of the gates says: “May Allah bless this home with bereket* and health. A fine konak we have built! May its inhabitants enjoy good health, happiness and long life 11258” (1842 according to the present-day chronology). The castle has 221 windows, 86 doors and 24 chimneys.
Agoush Aga was a descendant of an influential Bulgarian Mohammedan family, son of Adji Osman – a Bulgarian converted to Mohammedanism from the village of Raikovo. Svetoslav Douhovnikov refutes, based on documents from the Plovdiv Public Library archive, the assertions of Atanas Primovski and Yosif Tashev that the Agoush family is of arnaut (Albanian) stock and came from Albania and other outlying parts and settled in the Rhodopes.
Agoush Aga was an influential person – practical, ambitious and despotic. He inherited lots of properties from his father and acquired more himself. After marrying a girl from the village of Kisselichevo, he decided to settle in Mogilitsa (previously called Tozburum). He started purchasing land in Mogilitsa and Chereshovo. Thus he established a large-scale feudal estate and built a big konak (seraglio, administrative building). He procured titled-deeds for each piece of land. He served in the sultan’s army for many years and got a military rank. He led an armed detachment from the Middle Rhodopes in the suppression of the Greek uprising of 1821 and in the seize of Mora Kalessi fortress. The bequest he got was about 600 dka of land by the present day village of Mogilitsa. Many letters of 1837 and after that contain expressions of gratitude for his services to the army. When he was not in military sercice, Agoush Aga ran his large feudal farm, repurchased the tithe, was buyer of wool for the production of homespun and frieze. The benefits which the ambitious Turkish military man got in return for his faithful service to the sultan “opened his eyes for richness and good life” (Mateev, Rhodopi, 1968). The impressions he had during the campaigns in Greece and Albania and his education at a theological school in the Aegean region helped him cultivate an aristocratic taste for his lifestyle and comfort. That taste, together with the riches, was inherited by his sons.

Unfortunately, after the communist coup of September 9, 1944 in Bulgaria, the Agoushevi konatsi was turned into barracks and Agoush Aga’s heirs were interned in North Bulgaria. The large Agoushevi estate was nationalized and the library was thrown out onto the town square of Smolyan. A great number of books and manuscripts (6 000 volumes according to one of the heirs) from this unique library were lost – destroyed or stolen.
In 1964 the Bulgarian government decided to restore the konak in Mogilitsa. It was an exceptionally labour-consuming work and it took 20 years. The restored konak became a museum. The famous magnificent complex was declared an architectural and artistic monument of national significance.
In the 1990s the Supreme Court of Appeal of Bulgaria restituted the unique cultural monument “Agoushevi konatsi”. The heirs of the legendary Agoush Aga were entitled to come back to their great-great-grand-father’s estate in the village of Mogilitsa. The descendants of the famous Bulgarian Mohammedan family are part of the present-day Bulgarian intelligentsia.
The preserved literary documents from the Agoushevi library constitute a very interesting part of the archival and documental heritage in the Bulgarian lands. Its founder hadji Salih Sami was a mufti and scholar in Islam theology. He was an exceedingly tolerant man and during his time the Christians in the region acquired the right to build churches. It was also his merit that there wеre no acts of cruelty towards the local population during the April Uprising. Hadji Salih Sami did not allow St.Claire’s bands into the region during the Russo-Turkish War. Fortunately, part of the Agoushevi library was saved by forethoughtful people. In 1951 Vera Atseva and Delc

ho Georgiev, two specialists from the Plovdiv Public Library, left for Smolyan. A large part of the remaining documents from the Agoushevi library was transported by truck to Plovdiv. Another small part was taken to Sofia National Library, while a third part is kept in the Smolyan State Archive.Currently, the Agoushevi library is in the Special Collections Department of the Plovdiv Public Library – archives and manuscripts. The required special measures for unique, rare and valuable editions are being taken for their safeguarding.The printed books from that library, about 400 volumes, are in the main collection of the library.The “Agoushevi” archive reflects to a considerable degree the life in Smolyan’s region during one of the most dramatic periods in Bulgarian history. It includes a large number of documents on economic, military, political, cultural and daily issues. Those are letters, vouchers, receipts, certificates, firmans, waybills, account books, contracts, writs, orders, etc. in Turkish. The documents of political nature are of special importance. They reveal the relationship between Agoush Aga and his descendants with the ruling authorities in Aha Chelebi (Smolyan), Gumurdjina, Edirne and Constantinople.

In the 1970s specialists from the library contracted the translation of the documents with Svetoslav Douhovnikov who had an excellent command of Ottoman Turkish. Thanks to him those documents are now available to our users. 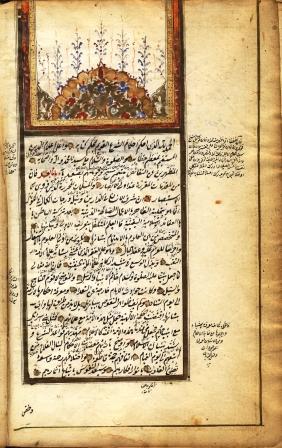 The books in manuscript in the Agoushevi library are in a good general condition, most of them are in their original binding (leather and wood). They amount to 94 in number: 66 Arabic, 18 Ottoman Turkish, 7 Arabic and Turkish, 2 Persian and 1 Persian and Turkish. They were included in the library register in 1973.
The prevailing part of the manuscripts are transcripts and they are from the period of 17th and 18th century, but several of the Arabic books in manuscript date from 15th c.
The texts are written in Arabic and Turkish, in black, red and golden ink. They contain firmans, edifying orations/sermons, textbooks in manuscript for the madrasahs, medical books, prayer reading instructions, religious song about the Prophet and the caliphs. The most common book in a Muslim’s home is the Koran. In the Agoushevi library manuscript collection there are five manuscripts on interpretations of the Koran, one with instructions for Koran reading, one with homilies on Koran texts and two manuscripts with quotations and parts of the Koran.