UNIQUE AND VALUABLE EDITIONS IN THE PLOVDIV NATIONAL LIBRARY

At the beginning of the XX century, the Director of the National Library and Museum in Plovdiv, Boris Djakovic, a prominent Bulgarian scientist, archaeologist, separates the rare and valuable books to a separate collection, so called "Museum library". These books bear the mark ML, a sign that these publications are of great value. In 1949, the Special Collections Department was established, where library documents were kept, differing in particular from the other books of the Library. They are segregated into separate funds and have outstanding value as editions. These are manuscripts of parchment and paper from the XIX century, Revival literature from 1806–1878, rare and valuable publications, prints, lithographs and engravings, archival documents, portraits and photographs.
The collection of manuscripts in the Plovdiv Library preserves the most precious and valuable literary monuments known in the scientific world, such as the XIII century Slepchenski Apostle, the XIII century Kyustendil palimpsest, the XIII century triodion –unique parchment manuscripts. The manuscripts of the XVII century – the Avramov compendium of 1674, the Psalter of 1638, the service menayon for June and September of Krastyo Gramatik, are unique in the 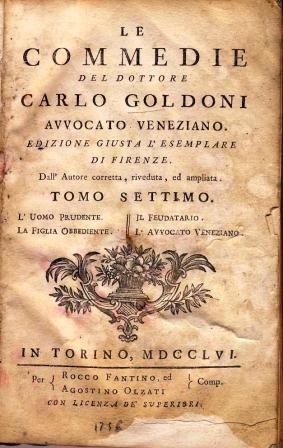 ir exquisiteness and beauty.
The books from the Rare and Valuable Fund are distinguished from other books in the Library's main fund by various traits and qualities. The value of some of them consists in the remoteness of the time of their publication – the XVI century, in others – in form and size, or in the way of the layout of the book and peculiarities in the printing, others in the limit of the circulation – 17, 50 , 200, 500 copies. Here books are stored with great value in the content or in the uniqueness of the publication.
In the collection are kept editions, which are the only ones in the country. These are the Rembrandt Etchings – a three-volume catalog printed in Paris in 1880 in 500 copies; History and monuments of Byzantine enamels by Nikodim Kondakov, published in 1892 in 200 copies – beautiful and luxurious edition with gold-plated covers, weighing 7 kg; the issued by the Aldis Geography of Strabo – Venice, 1516; the book by Arif Pasha, illustrated by Nikolay Pavlovich, 1863/4; Sailings, Adventures and Travels in Turkey by Nicholas de Nicolay, 1576; Horologion by Jacob Kraykov, 1566; Classical golden bible, 1897, published in Budapest – richly illustrated edition with color reproductions, luxury leather liner with golden inlays and artistically made hardware.
Rare and valuable publications are the first printed books in the Bulgarian language from the XVI century until the end of the XVIII century – the Fourth Gospel of Macarius, printed in 1512 in Targovishte; The Venetian editions of Bojidar Vukovic and Jakov Kraykov from the middle of the XVI century; Here is the Jean Jacques Rousseau's Music Dictionary of 1768, the third edition in 36 volumes of the world's first Encyclopedia of Didero – D'Alamber, 1778–1779; Christopher Zhefarovich's 1744 Stomatography, in which each page represents a monolithic medallion of hand-engraved clichés; an edition of the famous Reims Gospel by the famous slavist Louis Lege, 1899; Catalog for the books in the Regional Plovdiv Library, 1885 - the first printed catalog in Bulgaria, the New Testament. The Fo

Unique, rare and valuable publications in the “Special Collections” of the Plovdiv National Library are the subject of constant interest from scientists, intellectuals, public figures, journalists, publishers and guests from all over the world.ur Gospels and the Acts of the Apostles, printed in 1562 in Tübingen with Illyrian Glagolitic in Croatian, the First Bulgarian Collection of songs, 1881, a note manuscript from the Czech musician and composer Franz Schweck.
Here are the

first publications of our classic poets and writers, books with autographs of prominent figures, numbered editions, valuable and original books dedicated to the Plovdiv Library. Such a book is Yavorov's memoir from 1919. On the back of the cover he writes: “From the Yavor's memoir were printed 1970 copies of plain, 20 of luxury and 10 of fine paper, the last of which, numbered and bearing the handwritten signatures of the participating authors”. From the last such a copy is kept in the “Special Collections” of the Plovdiv Library and is inscribed: “To The Plovdiv Library”. The book is made with tricolor strip, the paper is really exquisite, the elegant binding is combined by light purple, marine blue and gold and reminds the classic memories.
Attention is drawn to many more books in the collection of valuable publications, depending on the scientific interests of users in the country and abroad. Interest in some of them is relevant throughout the past decades of the history of the Plovdiv Library. Such rare and valuable books are: Istoria krestovih pohodov, Saint Petersburg, 1884, luxury edition, richly illustrated with carvings reproductions, made by the French artist Gustav Dore; The Works of Felix Kanitz – Historical, Geographical and Ethnographic Studies of the Famous Hungarian Scientist from 1860–1880; the French edition of 32 volumes, depicting the correspondence of Napoleon, Paris, 1858–1869; a luxurious edition of Inferno, Purgatorio and Paradiso by Dante Alighieri, issued in 1881 and 1885 in Paris; original edition of the comedies of Carlo Goldoni, Turin, 1756; a valuable edition of the poems of the Persian poet Saadi, 1796; a luxurious edition of the Bible in 6 volumes in English, given by Lady Strangford, London, 1860, and others. Unique, rare and valuable publications in the “Special Collections” of the Plovdiv National Library are the subject of constant interest from scientists, intellectuals, public figures, journalists, publishers and guests from all over the world.

The collection of unique publications in the “Ivan Vazov” National Library will continue to collect every newly come original, valuable and unique book. It will be preserved for generations and will always be part of the historical memory of the eternal Plovdiv.doni, Turin, 1756; a valuable edition of the poems of the Persian poet Saadi, 1796; a luxurious edition of the Bible in 6 volumes in English, given by Lady Strangford, London, 1860, and others.