The National Library "Ivan Vazov" in Plovdiv performs the functions of a second national repository. The Library has a great contribution to the preservation of the Bulgarian cultural and historical heritage. It is the largest public library in Bulgaria. Along with the National Library and one of the other libraries in the country, it keeps and preserves for generations a complete Archive of the Bulgarian Book.

The Regional Library and Museum was created and built as a National Library of Eastern Rumelia in 1879 on the personal initiative and the efforts of the prominent Revival activist Yoakim Gruev, then Director of the National Enlightenment Directorate. It is the first cultural institution in Southern Bulgaria that satisfies the social needs of education and science of the newly established autonomous region and preserves the monuments of Bulgarian literature and culture. During this period Plovdiv is a cultural capital of whole Bulgaria. Here live and create Naiden Gerov, Joakim Gruev, Konstantin Velichkov, Hristo G. Danov. Later, Ivan Vazov, Petko Slaveykov, Petko Karavelov, Zahari Stoyanov came.
The first establishers Joakim Gruev, Konstantin Velichkov, Petko Karavelov are vivid personalities who actively participated in the establishment of the institute, which was built as a general educational universal library with the functions of a scientific institute. Their idea unfolds in the history of the Library to the present day to prove the democratization, idealism, foresight and attitude of the highly erudite personality towards the library and the book.
After the Unification, the normative documents concerning the library activity in the country – Decree No 37 of 1887, Decree No 9 of 1897 on the depositing of printed works in the national libraries, and the first Regulations for the National Libraries in Sofia and Plovdiv – regulate equal rights and duties of the two popular libraries. That is why the National Library in Plovdiv develops as an archive of the Bulgarian book and periodical press, a rich book repository of the handwritten and Revival literature, unique collections of rare and valuable publications are created. In 1886 began exchanging links in the country, and from 1909 abroad. In 1904, the Yearbook was launched. 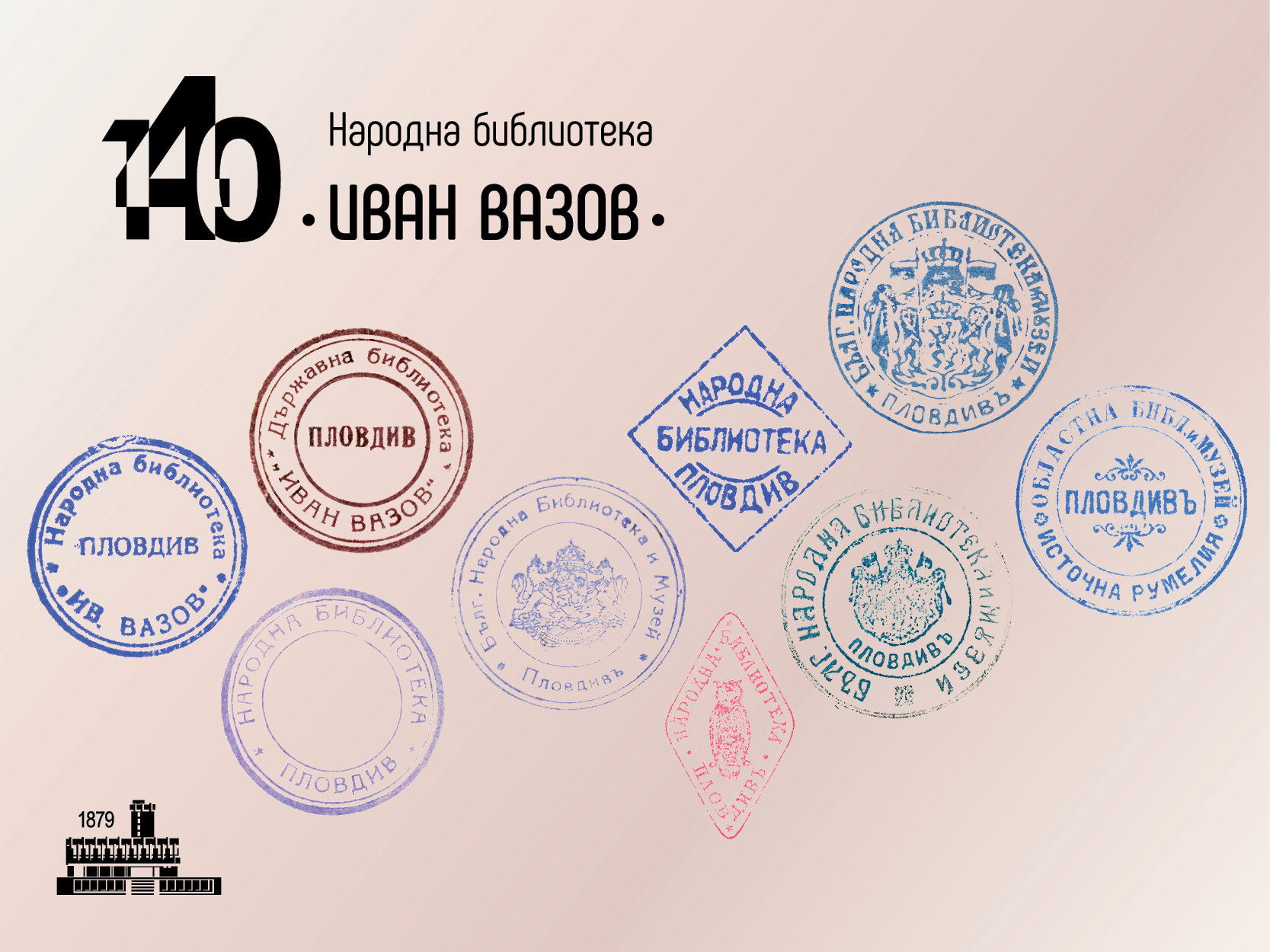 Today, the Plovdiv National Library is a universally accessible scientific library with a fund of 1,960,000 library documents. Annually, about 120,000 visits have been realized and approx. 295,000 library documents have been loaned. The Library has a rich universal fund of scientific literature, fiction, manuscripts, paleootypes, old printed, rare and valuable publications, rich reference books, Bulgarian and foreign periodicals, audiovisual and electronic documents, original works of art, personal libraries.
The Library has successfully collaborated with a number of Bulgarian and foreign partners dealing with culture, science and education, with local cultural institutes involved with the idea of ​​collecting and preserving public memory and cultural heritage. The Library is also one of the founders and active members of the Bulgarian Library and Information Association.
The purposeful work on the automation of library and information processes began in the distant 1979 when a system for automated information service for readers was implemented. At present, the Library has a modern computer network with over 110 automated workstations and offers full online service to its users. Since 2008, the Public Information Center and the Reading Rooms offer wireless internet access via WiFi areas. Two Deutscher lesesaal and American Corner cultural centers, the Digital Center, the Conservation and Restoration Laboratory, the Publishing House, the Bindery and the Digital Printing Office operate at the Library.
The Library has the ambition to develop the digitization processes of its funds in the long run by investing in instrumental and labor resources to ensure the maintenance of a stable, efficient and flexible digital platform with freely available resources for citizens.
Cultural presentations include club forms, musical-educational cycles, exhibitions, meetings with authors and artists. The film collection, which features more than 600 movies, screenings of classical artistic works, is used for educational purposes. At the disposal of the users are unique editions and publications – posters, materials for collections and exhibitions of Plovdiv artists, photos and backgrounds of premieres of the Dramatic Theater, Puppet Theater, Opera Philharmonic Society, projects of decorative-monumental works of Plovdiv artists.